<< Back to the Center for Land-Based Learning Capital Campaign page. 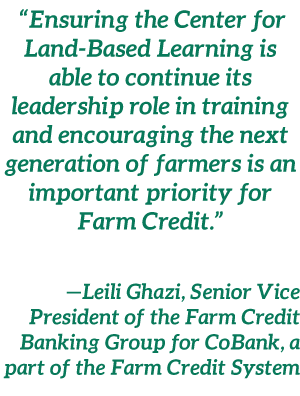 Thank you to our leadership donors, whose commitment and support have made this move possible.